Meta is launching its next VR headset this October at the company’s Connect conference. CEO Mark Zuckerberg made the announcement late Thursday, fittingly, in an equally surreal environment: the Joe Rogan Experience podcast on Spotify.

He said that the new VR headset, a sequel to the popular Oculus 2, will focus on “social presence,” with features like eye-tracking and face-tracking. Zuckerberg said that the headset is designed to capture users’ facial expressions and have them replicated on their avatars in real time to enhance non-verbal communication. He also noted that while Meta’s AR glasses are a few years away, the headset launching in October will have some mixed reality features.

At last year’s Connect conference, Meta teased a high-end headset codenamed “Project Cambria,” and going by Zuckerberg’s description, the headset launching in October is the final consumer version of it. A report from Bloomberg last month noted that code in Meta’s companion iPhone app for VR headsets suggested that the upcoming headset will be named Meta Quest Pro. 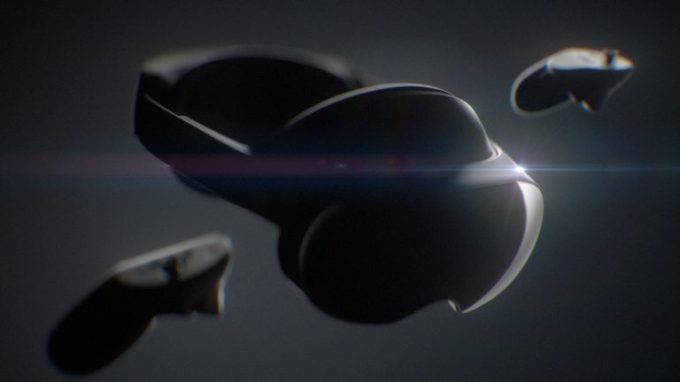 On the Joe Rogan podcast, Zuckerberg repeatedly stressed the fact that VR can”unlock” a sense of being in the presence of another person.

“When you’re on a video call you don’t actually feel like you’re there with the person. To me, what virtual reality unlocks is that it really convinces your brain that you’re there [in person],” he said.

Since Facebook was rebranded to Meta, the company has been recasting the whole company as a “metaverse” business rather than a social media one, pitching its strategy as one of building a universe of multiple, virtual worlds for all users. Some may be skeptical of the premise and the motivation behind the messaging pivot, but the company has marched onwards and has made efforts to better knit together the different kinds of experiences it’s developing. Horizon Worlds, for example, is a social platform tailored for VR headsets available in select countries. It’s been criticized for hacky graphics, however, so claims of the next VR headset capturing facial expressions will be put to test.

Meta’s announcement comes weeks after the company raised the price of Oculus 2 from $299 to $399. While there’s no price information about the upcoming headset, Zuckerberg described it as a “pretty big step above Oculus 2,” so it will be significantly costlier than $400.